Summary: My real name, no one remembers. The truth about that summer, no one else knows. In the summer of 1862, a group of young artists led by the passionate and talented Edward Radcliffe descends upon Birchwood Manor on the banks of the Upper Thames. Their plan: to spend a secluded summer month in a haze of inspiration and creativity. But by the time their stay is over, one woman has been shot dead while another has disappeared; a priceless heirloom is missing; and Edward Radcliffe's life is in ruins. Over one hundred and fifty years later, Elodie Winslow, a young archivist in London, uncovers a leather satchel containing two seemingly unrelated items: a sepia photograph of an arresting-looking woman in Victorian clothing, and an artist's sketchbook containing the drawing of a twin-gabled house on the bend of a river. Why does Birchwood Manor feel so familiar to Elodie? And who is the beautiful woman in the photograph? Will she ever give up her secrets? Told by multiple voices across time, The Clockmaker's Daughter is a story of murder, mystery, and thievery, of art, love and loss. And flowing through its pages like a river, is the voice of a woman who stands outside time, whose name has been forgotten by history, but who has watched it all unfold: Birdie Bell, the clockmaker's daughter. ~amazon.com

Review: The Clockmaker's Daughter was so worth waiting for. For this avid Kate Morton fan, it is up there with my favorite of hers, The Distant Hours. I will also say this is probably the first book of hers that made me cry.

I know that some people struggle with multiple POV with traveling to various time periods, but it is what makes Kate Morton books so damn good. There is never a character that isn't central to the main plot but she writes their stories so well they could stand on their own. The story is clearly about what happened to the clockmaker's daughter but to understand her story we have to understand the story of those who came after her and then with her.

What happened on that night over a hundred years ago that went so wrong and how does it relate to the sketchbook that Elodie finds tucked away in a leather satchel. The sketches in the book feel very familiar to her and yet she knows she hasn't been there previously. The pull is so strong that she decides that she needs to investigate. Elodie's story is just the catalyst to launch us into the stories of Edward Radcliffe and his mysterious model, Leonard and then of the family who came to escape the war.

I absolutely loved the nuances in this book and how when the pieces came together it all made so much sense. I had a couple of "a ha" moments that made me stop and think about how we got there. My heart broke for each of these characters that we either get to know extremely well or are only with us for a bit of the book.

As with most of Ms. Morton's books, the house is it's own character and very central to the over arching story.

I can't say enough about this book but I don't want to say too much because I want you to enjoy it as much as I did. 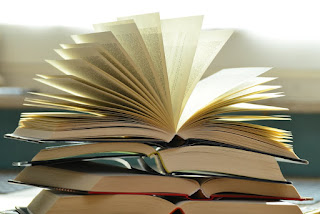 In the vain of trying something new here on the blog, I thought I might start with some Sunday posts summarizing what I've read, what I plan to start and upcoming books I'm looking forward to.

The Clockmaker's Daughter by Kate Morton: I patiently wait for Ms. Morton's
new books and this one doesn't disappoint. I dare say I even cried. (Rating: 5/5)


Tangerine by Christine Magnan: I had heard a lot of buzz surrounding this book and it didn't disappoint. This is definitely a psychological thriller that reminded me of Single White Female but set in the 1950s in an exotic country. The audio version is great and the suspense is palatable. (Rating: 4/5)

Now that I'm officially done with my MBA (YAHOO!!) and work is still busy not crazy, I should start to make it through my back log. I'm looking forward to a week off at Thanksgiving where the kids and I can chill out.

Google+
Posted by Julie at 4:00 PM No comments: 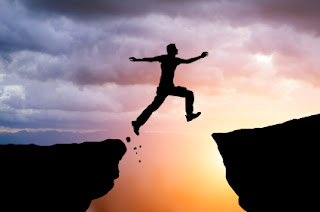 Well as some of you have probably noticed the content here on Girls Just Reading has been a bit light and on/off since the summer. A few things happened to make this an occurrence:

We've had a huge enterprise-wide project going on for 18 months and this summer was one of the biggest portions of it. So it meant no lunch time reading and limited reading at night. Plus juggling the kids' schedules with the crazy work priorities was tough.

I also decided to go back and finish my last class for my MBA in September so again that crept into my reading time. Plus our project is at the end (HALLELUJAH!!), so that means more time for reading.

I have a huge stack of great books to get to so I hope you'll stick around to see the blog come back to life.