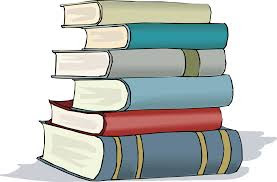 Boy has reading sure been slow! I thought I'd whip through books while on a short medical leave, nope. I only have energy for tv and movies. I go back to work on Monday, which I am looking forward to. My plan for December is to read some books I didn't get to this year and get started on my 2023 reads. 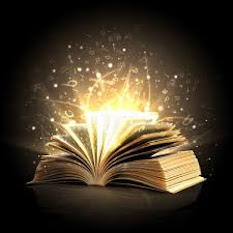 * Denotes Audiobooks
Home Run (You should run and get this):
Triple (You really don't want to miss it):

I promise to get back to posting reviews soon but it is amazing how much sleep your body needs to recover from surgery. So reading has been on the back burner to tv. Plus I haven't had time to listen to any audiobooks or had any of my holds come in.
I hope you all had a wonderful Thanksgiving and are gearing up for the rest of the Holiday season.
Posted by Julie at 9:00 AM No comments:

For catching up on 3 weeks of Sunday Skim, I really didn't read much but I had a good reason: I had spinal fusion surgery on 11/8. So I'm catching up on my reading now because I didn't get much read in the hospital. I have finished a book or so since I got home but sometimes I just want to watch some tv.
I did just watch the Amazon Prime adaptation of The People We Hate at the Wedding and found it humourous and heartfelt.

* Denotes Audiobooks
Home Run (You should run and get this):

Triple (You really don't want to miss it):

Yay for me for getting to some books that I've been meaning to get to. This is why I love audio because I can get to books when I overcommitted myself.  I even got to a book that won't be published until February!

Summary: When college sweethearts Frankie and Ezra broke up before graduation, they vowed to never speak to each other again. Ten years later, on the eve of the new millennium, they find themselves back on their snowy, picturesque New England campus together for the first time for the wedding of mutual friends. Frankie’s on the rise as a music manager for the hottest bands of the late ’90s, and Ezra’s ready to propose to his girlfriend after the wedding. Everything is going to plan—they just have to avoid the chasm of emotions brought up when they inevitably come face to face. But when they wake up in bed next to each other the following morning with Ezra’s grandmother’s diamond on Frankie’s finger, they have zero memory of how they got there—or about any of the events that transpired the night before. Now Frankie and Ezra have to put aside old grievances in order to figure out what happened, what didn’t happen...and to ask themselves the most troubling question of all: what if they both got it wrong the first time around? ~amazon.com
Review: If you are looking for a deeply complex story about discovering yourself, confronting the past and planning the future you will definitely want to pick up The Rewind. If you are looking for a classic fairy tale romance where the former lovers see each other and immediately fall back in love, then move on from The Rewind.
You get a bit of the background of Frankie and Ezra's college love story in the beginning of the novel through both of their eyes but it really starts to reveal itself as the novel goes on. Whenever anyone says there are two sides to the story, I believe in cases of relationships there are 3: his, hers and the truth. Our own memories skew how we view things that happened to us and how we want to color the past. It isn't until you are confronted with someone else's view that you might question yours.
Frankie is a closed book, even with those closest to her there are parts of her she holds back. Ezra is more of an open book but there are still parts of him that he holds onto as well. This begs the question throughout the book, do we need to keep somethings to ourselves to protect ourselves or because we are scared? Do we need to share everything about ourselves with those we are closest too or do we save some of ourselves for ourself?
As the 24 hours unfolds, Ezra and Frankie both find out some truths about themselves in the past and today, some truths about their relationship and their current relationships with others. Neither one of them is the villain in their story but each of them play their part in the dissemination of it. It isn't until they connect again, albeit with both of them hating the other, that they realize some things. That's called growing up and being an adult.
I will admit that this book is not what I thought it would be but it ended up being great. Now that I've been done with it for a few days, I can see how a more realistic love story is at times better than the fantasy.